COVIDPlanning for Today and Tomorrow

The benefit of having been around for over 40 years in the financial world is that it becomes easier to realize that, while the COVID-19 pandemic is a new problem, it has many of the same features as other periods of crisis. The dance steps are as follows: problem appears, problem gets worse, crisis is declared, markets tank governments and private businesses search for solutions, eventually solutions begin to surface, markets snap back, and things slowly begin to return to normal albeit with a new normal.

My first brush with this phenomenon occurred in high school with the original energy crisis and Watergate. This started with our support of Israel in the six-day war, the ensuing Arab oil embargo, the rapid rise in oil prices, the 50% drop in the Dow, Gasoline rationing, energy efficient cars from Japan (owned one), the market recovered by 1976 and a returned to a new normal.

I invite you to look back over the last 50 years or longer to prior periods of crisis and look at the progression of events for each. Did you notice they all follow the same steps? Up till this week, from the middle of February to the beginning of this week, we have completed the following steps: problem appears, problem gets worse, a crisis is declared, market tanks, governments and private businesses search for solutions, eventually solutions begin to surface, and as of this writing markets begin to snap back.

Government solutions are often very clumsy, disjointed and rife with the potential for abuse and corruption. Private business by and large will invariably be more efficient create products or services that will alleviate the pain of the existing problems and produce goods and services to create a better living situation of all of us. As the Fed literally fired every bullet in its’ arsenal, and the Federal government has created a spending bill that would make sow blush, surely at some point there will be a different problem to reckon with.

As for now, due to technological innovation and the rapid response from government has been as quick as I have ever seen it. We do learn as a society about the dangers of wasteful delays, therefore it may very well be the case that as quickly as the markets fell and the response to the virus was implemented, the recovery for both market and public health will be quicker than anybody is currently anticipating.

Now, all eyes are on the progression of the disease. As soon as we see the curves for new cases and death rates flatten, markets will smoke out the timetable for a return to normal albeit a new normal. The President has indicated that Easter is a target date for beginning to open up the economy. It’s widely recognized that opening up the economy too early may invite a relapse of the crisis. I suspect that Easter is more likely to be a time where a plan will be put in place to carefully and selectively reopen the country for business over a period of time with benchmarks to reflect improving health conditions.  As the disease is brought under control and the economy reopens the market will complete its recovery.

Please reach out to us at 480.346.1282 or hello@modernizewealth.com if you have questions or just want to discuss further. 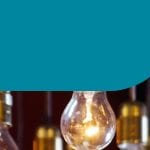 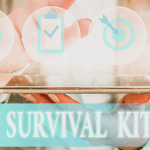